The Hong Kong Shanghai Stock Connect programme was introduced on 17 November 2014 and the Hong Kong Shenzhen Stock Connect progamme launched on 5 December 2016. Stock Connect is a pilot programme that links the stock markets in both Shanghai and Shenzhen with Hong Kong. Under the programme, investors in Hong Kong and Mainland China can trade and settle shares listed on the other market via the exchange and clearing house in their home market. This opened up a substantive facility for overseas funds to invest directly in China domestic-listed equities without the need for an RQFII quota. The Central Bank of Ireland is currently reviewing the market infrastructure for Shenzhen Connect and it is hoped that Irish UCITS and AIFMD funds will be able to access A Shares listed in Shenzhen via the Connect programme imminently. Irish funds have been able to access Shanghai Connect since July 2015 and Maples and Calder acted for the first Irish fund to access the Connect programme.

It is expected that ETFs will be added as eligible assets to both the Shanghai and Shenzhen Connect programmes in late 2017.

Mutual Recognition of Funds ("MRF") was introduced on 1 July 2016. There are now seven Hong Kong Securities and Futures Commission ("SFC") authorised funds ("Northbound Funds") being sold into mainland China, with the most notable success stories from JPMorgan and Bank of China Hong Kong. This year there have been net flows of RMB8.4billion / USD1.2 billion into the four Northbound Funds that have been selling (over half of this went into a JPMorgan product which was recently approved and which has now imposed strict subscription limits due to capacity issues).There are now 47 PRC China Securities Regulatory Commission authorised funds ("Southbound Funds") being sold into Hong Kong. Flows into Southbound Funds have been low due to global sentiment regarding China, the depreciating RMB and also given the pre-existing access points for China A Shares (RQFII, Stock Connect etc.). The general consensus is that this will increase significantly over time. Whether UCITS funds registered with the SFC will be able to access the Connect program remains to be seen but this is something that is continually being explored at industry level and at regulator level in Europe.

Mutual Recognition of Funds and Switzerland

On 2 December 2016, it was announced that the SFC and the Swiss Financial Market Supervisory Authority ("FINMA") have signed a Memorandum of Understanding which will allow eligible Swiss and Hong Kong public funds to be distributed in each other’s market through a streamlined vetting process. To the extent that MRF opens further, this will provide Swiss funds with a clear advantage and positions them very well with gaining eventual access to the retail public in China.

There are various issues that have hampered the growth of this scheme including, inter alia, the requirement to comply with both home and host state rules which frequently differ: i.e. T+10 settlement in Malaysia, T+7 in Singapore; the requirement in Singapore for an annual documentation update, Malaysia doesn't recognise powers of attorney; and Thailand has differing tax treatment.

There are also differing approval times in host countries. In Singapore, this is approximately 21 working days, in Thailand this is 6 months and up to one year in Malaysia. For this reason it has been suggested that it may be a more efficient route to authorise a fund in Malaysia and then seek registration in Singapore. Until we see further harmonisation of the rules across these three jurisdictions it is thought that the number of funds accessing this scheme will continue to remain low.

The Asia Funds Region Passport (the "ARFP") will, once implemented, provide a multilaterally agreed framework to facilitate the cross-border marketing of managed funds across participating economies in the Asia region. Representatives from the governments of Australia, Japan, Korea and New Zealand signed a Memorandum of Cooperation on 28 April 2016 which set out the internationally agreed rules and cooperation mechanisms underpinning the passport. Participating economies have up to 18 months from the 30 June 2016 to implement appropriate domestic legislation and the passport is due to go live towards the end of 2017. It is expected that Singapore will join once relevant double taxation agreements have been put in place and the Philippines may join once they sign up to the IOSCO requirements on exchange of information. There has been much speculation as to whether or not the ARFP will successfully replicate the UCITS model over time. The ambition to facilitate passporting and ensure comparable treatment in both home and host state jurisdictions is something that has taken UCITS 30 years to achieve, perfect and streamline. Whether or not this is achievable by the participating ARFP economies will largely depend on the appetite of their regulators to compromise and respect home state rule.

The advent of online platforms such as Alipay/Taobao has significantly altered the funds distribution landscape in China. Similarly, in Korea we have seen the launch of the funds supermarket, Funds Online Korea Network, in Thailand, Wealth Magik, and in Taiwan, Fund Rich. In Taiwan, the Financial Services Commission is actively pushing the adoption of FinTech solutions by investment managers and is addressing governance issues arising around KYC, AML, risk management and consumer protection. These online fund supermarkets are typically aimed at retail investors and concentrate on selling funds authorised for sale in their home country to residents of that country.

China’s onshore bond market is one of the world’s largest credit markets and is growing rapidly as the government tries to shift debts away from commercial bank balance sheets and on to a broader investor base. On 17 February 2016, the People's Bank of China issued Announcement Number Three which further relaxed the rules applicable to foreign institutional investors accessing the Chinese Interbank Bond Market ("CIBM").

No prior approval is required for specific foreign institutional investors to access the CIBM. The two ground-breaking features of the announcement are the removal of prior approval and quota requirements for all CIBM participants. This significantly simplifies the previous administrative burden and will no doubt attract more foreign investors to invest in the CIBM in the future.

It is anticipated that there will be a surge in interest for China A Shares once China is included in the MSCI Emerging Markets Index (which is likely to take place in June 2017). China A Shares would make up a fifth of the MSCI Emerging Markets Index in a full inclusion and it would also mean billions of dollars flowing to China’s markets from funds benchmarked to MSCI indexes. Goldman Sachs estimates around USD1.5 trillion of assets, both active and passive, are currently tracking the index. 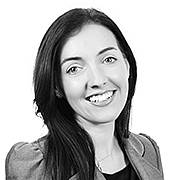 Michelle Lloyd is Head of Irish Asia Desk and an associate at Maples and Calder in Hong Kong. 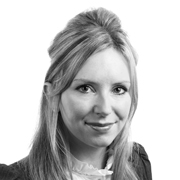 Caitriona Carty is an associate at Maples and Calder in Hong Kong.