Regulations are an inevitable part of any cross-border fund distribution strategy, but the way in which firms adapt to them often dictates whether they help or hinder their European fund distribution models. BBH’s Killian Lonergan looks at three regulatory themes and the approaches that could spell success.

Which came first, the chicken or the egg? Addressing this ancient folk paradox that addresses the problem of origins and first cause seems as easy as getting to the bottom of which came first in our industry: fund regulation or fund distribution? While not every instance of regulation in the funds industry has clear and obvious ties to distribution - and some instances are born directly out of industry concerns - the two are often inextricably linked and can be mutually beneficial.

A goal of all fund managers’ is to grow their funds’ assets under management (AUM) and for most, this means directing additional attention towards their distribution efforts. While some double down on their existing investors, many look to increase assets from both existing and new investors. Assuming distribution growth is never far from the forefront of how managers operate, and regulations are an inevitable part of any cross-border fund distribution strategy, it stands to reason that knowing, understanding, and being able to marry distribution efforts with regulation is essential.

The ability to adapt to the following regulatory themes are impacting managers’ strategies and could make or break this union:

(iii) Broadening distribution channels to include the retail investor segment

Adapting is easier said than done. Managers have had a lot on their plates, including the deadline requiring them to evidence sustainability activities under the Sustainable Finance Disclosure Regulation (SFDR), and for some U.K.-based and other third country managers, who manage EU funds, the additional need to focus on their Brexit proofing. These events left them approaching the August 2021 deadline for the EU Directive and Regulation on the cross-border distribution of collective investment funds (CBDF), or the cross-border distribution directive (CBDD), on a shorter runway. Given distribution success often rides the wave of momentum, a stop/start distribution dynamic is rarely looked upon fondly by investors.

Crafted specifically to focus on the fund distribution topic, the CBDD looked to address difficulties in European distribution called for by industry players. Despite this, there appeared to be an almost last-minute attempt from managers trying to understand how their distribution model, and perhaps which third parties they worked with within that model, might be affected. A perceived crack in the veneer of competence and credibility in a firms’ distribution efforts can quickly contaminate investors’ view on the firms’ ability to generate alpha. Investors don’t get mad, they get disappointed, which is likely to lead to worse outcomes for the sales team.

Wanted or not, managers will get further opportunities to show their present and future investors, as well as intermediary partners embedded into many distribution ecosystems, how they work to accommodate regulation into both their product offering and operating model. Doing that well means greater opportunity to positively deal with your investors, distributors and platform partners leading to growth. Dealing badly with regulation could lead to an erosion of trust with stakeholders and time and effort subsequently having to deal with flies in the ointment.

On August 22, 2022, new measures will amend the existing delegated regulation under MiFID II by introducing provisions on integrating sustainability factors, risks and preferences into certain organizational requirements and operating conditions for MiFID investment firms, including in respect of suitability assessments. This is where the worlds of MIFID II and ESG will formally collide,and managers should be working on models for suitability to make the process as pain-free as possible. Given distributors’ increasingly important role in managers’ products, they will be expected to consult investors on their sustainability preferences, and of course, document this for reporting purposes. While distributors have for many years conversed with investors about their preferences, this was risk related, such as risk tolerance, risk capacity and financial expertise.

The new measures will require another layer, and it relates to ESG topics such as governance and environmental positions that distributors need to formally discuss with investors. They must then overlay this investor preference declaration with the product in hand. While there is nothing monumental in the ask by the regulator, but the policing of the practice, and creating the infrastructure to capture it, housing it for reporting, and then reporting it is not to be underestimated.

In addition to the creation of this feedback loop on investors’ ESG preferences, managers will shortly be required to provide proof, via data, not marketing or verbal guarantees, of their ESG bona fides. To meet the detailed requirements of this layer, which took effect with some technical standards from January 2022, an industry driven European ESG Template, or EET, has been introduced. Funds that invest in other funds will need all the detailed information disclosed by the underlying funds before they can produce their own reports and be onside of the regulations. There is a huge amount of data to be gathered on underlying investee companies but there is no excuse for not trying to report as much as possible so the EET is invaluable for getting whatever data is out to those who will need it.

Another distribution related theme to be watched keenly relates to the concept of reverse solicitation which allows third-country firms (including U.K. firms) to provide certain services to clients in the EU without the need for local authorization provided the client ‘exclusively initiatives the business relationship’. Though regulation has not yet been written, the clouds are gathering. Of course, reverse solicitation is rarely a managers’ stated distribution strategy, but the assets gained in this manner fall under the same regulatory framework as any other. Under MiFID II, reverse solicitation is an exemption only applicable to a specific product or service.

In late 2021, the European Commission reached out to the European Securities Markets Authority (ESMA), the supervisor, to discuss the topic, with the crux of their interest, or perhaps concern, being evident in the questions asked.

ESMA responded “no” to the first two questions, whereas the next two questions necessitated a more in-depth commentary. In short, they said they know it’s happening, but capturing meaningful figures, certainly at this juncture, is not possible. Somewhat worryingly, ESMA’s reply also broached the subjects of both how those figures might be captured in the future but more interesting perhaps was how they answered the final question: “With respect to the impact of reverse solicitation on the passporting regime, several NCAs believe that reverse solicitation is used in practice to circumvent the rules of the third country and EU passport regimes, which raises some concerns in terms of investor protection but may also create an unlevel playing field between EU asset managers and non-EU asset managers operating in the Union via reverse solicitation.”

With the NCA’s suspecting that managers are using reverse solicitation to bypass other distribution related regulatory requirements, it’s not a stretch to predict a more forensic review will be initiated sooner rather than later.

While the Commission’s pursuit of reverse solicitation data is relatively new, one topic which has been front and center for them for many years is the goal to increase entry into the capital markets by European individuals.

A plan to realize that goal kicked off with an industry consultation paper, which revealed that what the Commission was looking for seemed at odds with what the players in the market expected. The European Fund and Asset Management Association (EFAMA) noted: “While the themes covered in the European Commission consultation on a retail investment strategy for Europe are all highly relevant, they focus primarily on technical amendments to already existing rules. At this stage, the consultation fails to outline a comprehensive strategy to increase retail investors’ participation in capital markets.” EFAMA highlighted the following three recommendations:

EFAMA states that 28% of AUM at the end of 2020 sat with retail investors, whose take up of these funds is inconsistent across the continent and is dramatically different across European countries. In Spain 84% of AUM is considered retail, whereas in the UK it’s 21%. Looking to the U.S., the comparative figure or household fund ownership is over 45% - so if Europe’s goal is to match this amount, there’s a lot of work to do.

This pursuit continues to be a central tenant of the European Commissions’ work, and irrespective if it’s because of this background or not, some managers, though likely a disappointing amount from the perspective of the Commission, have taken it upon themselves to address this distribution target market with more intent.

The re-emergence of the European Long Term Investment Fund (ELTIF) and the Long-term Asset Fund (LTAF) products has been forged from the recognition by managers, backed by the positive regulatory reception, that product suites for the retail market have been lacking. Expanding what retail investors can invest in, while providing them with comfort emanating from regulatory stamps of approval, will undoubtedly yield additional assets in the foreseeable future.

With the Commission’s determination to grow retail ownership figures, it’s a safe bet to say approaches to the regulatory bodies by managers or their represents will be looked upon as opportunities to partner in a way that satisfies the greatest volume of interest parties as possible.

Just as it’s not about whether the chicken or the egg came first, the same can be said for fund regulation and fund distribution. Sometimes regulations are framed to try and shape a market by restricting or opening-up a particular corner of that market, other times regulation is borne from an area of growth or even events which cause investor detriment. Regardless of the origin and first cause, what is universally true is that for fund manufacturers or fund distributors, their ability or otherwise to deal with regulatory change can help or hinder their ability to raise money from investors.

As the regulatory ecosystem remains complex and dynamic it should form an important component of any manager’s broader distribution strategy. The ability to deal proactively with regulatory change, and where possible, grasp the nascent opportunity presented by such change is a key success distribution factor and can be a true accelerator of AUM growth.

Killian is running the Boston Marathon to raise money on behalf of basis.point to go towards a Junior Cycle programme aimed at encouraging children to continue in education. It's run in association with TUDublin and helps demystify third level education by welcoming kids from local DEIS schools onto campus at an impressionable age, so that they can picture themselves as third level students. You can donate on his Just Giving page.

Access all of the articles in the Spring 2022 Newsletter. 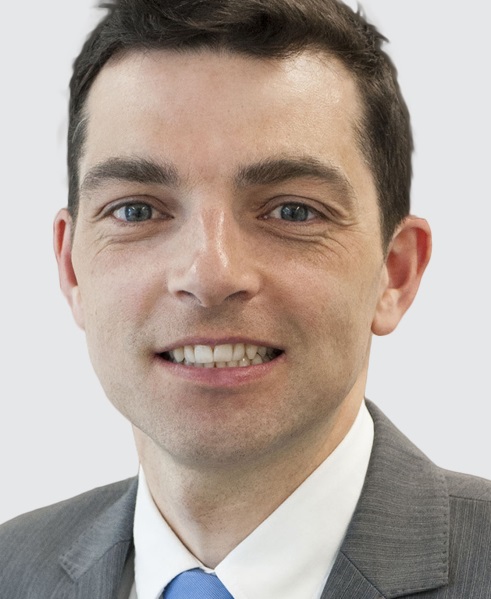 As Head of Distribution Intelligence, Killian Lonergan focuses on assisting BBH clients and prospects understand and better navigate the global markets of distribution for cross-border funds. Based in Zurich, Switzerland but with a global remit, he helps articulate the trends, challenges, and opportunities of the ever-evolving global fund distribution landscape.