The importance of regional Ireland to the Asset Management Industry

The importance of regional Ireland to the Asset Management Industry

The Asset Management industry is one I had always associated with the major global financial centres London, New York, Hong Kong and Singapore. Cities with a dense concentration of private banks and trading companies from which the idea for Dublin’s IFSC was born in the 1980’s, as part of an urban regeneration project with the goal of making Dublin a major financial services centre.

With over 38,000 people employed and opportunities stretching far beyond Dublin, it has been a real success story. That being said the success does not stop at the M50, it stretches from Donegal through Sligo, Galway, Limerick and Kerry, across the South where Cork is fast establishing itself as funds hub in its own right, and back up through Waterford, Wexford, Kilkenny, onto Kildare and into the heartland of Tipperary and Louth. In each of these counties, the Asset Management industry has brought employment with companies focused on offering opportunities that I once thought were only available in Dublin.

In September 2019, I moved to Cork to set up EY Ireland’s second financial services office but it was over the previous 15 months as I met with leaders in the Asset Management industry outside of Dublin, it became clear just how important the industry was to the regions.

Some of the largest financial services companies have developed regional footprints in Ireland. In 1999, Citco first entered the Irish market, setting up offices in the IFSC in Dublin and Cork, with over 300 people now based in their office in Tellengana House in Cork. In 2007 Limerick was chosen as Northern Trust’s regional location with over 1,300 people employed. Clearstream have expanded their operation in Cork heading toward 700 people employed; BNY Mellon have operations in Cork and Wexford; Alter Domus, HedgeServ and AMX have continued to expand their footprint; and Apex added 50 jobs to their Cork office. Opus announced over 100 jobs at their new location in Enniscorthy; DMS Governance announced 50 new jobs for Cashel; Fidelity Investments now employ 350 people in Galway; State Street employ over 2,000 people in Ireland with offices in Drogheda, Naas and Kilkenny.

The regions offer the Asset Management industry access to a highly skilled workforce, coupled with increased retention rates and are well supported by our regional universities with an increased focus on developing graduates tailored for the Asset Management space. The benefit for the people working in a sector known for its flexibility is the opportunity of a highly rewarding career with global companies and the opportunity to work from anywhere in Ireland.

In Irish Funds, Indecon Assessment of the Economic Impact of the Irish Funds Industry on the Irish Economy, it cited 30% of the workforce were located outside of Dublin in December 2018. There were numerous job announcements for the regions throughout 2019 by existing and new fund administrators, from an influx of management companies on the back of Brexit and amongst the Big 4 and the legal firms, with an increased focus outside of Dublin. With just under $4 trillion in net assets being serviced in Ireland, the Irish funds industry has created in excess of 33,000 jobs across 150 companies contributing €14 billion to economic output nationally and circa €850M annually in direct tax contributions to the exchequer.

I have no doubt the regions will play a vital role in the future of an already great success story for all of Ireland.

Access all of the articles in the Spring 2020 Newsletter: Fund Focus 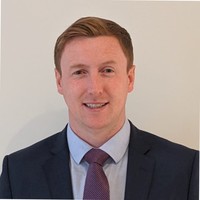 David Bennett is a Director with EY Financial Services, working primarily in the assurance space. He has extensive experience in financial services working across assurance and financial accounting advisory services primarily focused on external audit.