What Does COVID-19 Mean for FinReg?

What Does COVID-19 Mean for FinReg?

As the world continues to deal with the impact of COVID-19 we take a look at potential implications on FinReg.

The COVID-19 pandemic is creating major social and economic dislocations across the globe. While it pales in comparison to these concerns, there has been a significant impact on FinReg. To date regulators’ primary focus has been on the industry’s ability to meet their regulatory obligations, such as recording phone conversations, in-person meeting requirements, and reporting. Regulators have been quick to acknowledge these challenges and have issued various forms of guidance to provide firms with temporary relief. They have also opted to extend the comment period on several open consultations and delay the implementation dates on some new rules.

When the dust starts to settle, regulators may look beyond tactical responses to COVID-19 and it will be interesting to see how it affects the global regulatory agenda. So far, the regulatory framework installed after the Global Financial Crisis is working and there haven’t been reports of any major issues with the financial system. Nonetheless, regulators may recalibrate some of their priorities based on the COVID-19 experience. While the situation is still developing, there are some potential trends emerging.

A Catalyst for Modernization

The practice of social distancing may act as a catalyst to modernize certain elements of the regulatory framework and allow for more reliance on digital information and virtual meetings. This was already on regulators’ radar but it could move up the priority list. Another area prime for modernization is the account opening process. In many markets, hardcopy documents and physical signatures are required to open accounts. These have been harder to obtain and file due to the COVID-19 countermeasures and have caused delays around the globe. It’s possible that regulators in these markets may look to change the rules to allow for digital account opening.

Given the challenges faced by the industry-wide shift to work from home, regulators may take a deeper look at operational resiliency. While the sudden transition has gone fairly smoothly, it has exposed some potential issues, such as challenges with recording phone conversations and meeting reporting deadlines. Asset managers could be required to have more detailed contingency plans, stronger outsourcing governance requirements, and possible operational stress testing. At the same time, many asset managers were already looking to outsource more operational activity to combat rising cost pressures and the COVID-19 experience may bring these conversations to the forefront. Regulators may also look at the entire ecosystem to get a better understanding of the interdependencies between firms. This could lead to requirements for firms and their service providers to have more coordination and even joint contingency plans.

On the flipside, regulators have been concerned that a redemption run on Exchange-Traded Funds (ETFs) and index funds would exacerbate market liquidity in times of stress. While a few high-yield ETFs saw a spread develop between their market price and the underlying price, ETFs have mostly continued to function as normal during the COVID-19 outbreak. Index funds have not created any major market issues so far either, and while there have been a few funds that reported liquidity issues, there haven’t been any systemic issues with fund liquidity reported. If this continues, it could help allay regulators’ concerns about ETFs, funds, and market liquidity.

There has been a long smoldering debate about the potential systemic risk asset management could pose to the financial system. While this is unlikely to be resolved quickly, the events of the COVID-19 outbreak may help to reframe the debate. Rather than look at the industry as a monolith, regulators may instead take an activity-based approach and focus on specific issues, such as US money market funds.

The impact of COVID-19 on the markets may give regulators pause and have them rethink some upcoming regulatory implementations. The next phase of the Europe’s Central Securities Depositories Regulation has been delayed until March 2022 and ushers in mandatory buy-ins and cash penalties in the event a trade settlement fails. Even before the COVID-19 outbreak, there were concerns in the industry that it could lead to reduced bond-market liquidity by pushing trading and settlement of global bonds to non-EU markets. In light of the dislocations that were witnessed in the bond markets, it’s possible that European policymakers will reassess the benefits of the buy-in rules versus the impact on the market.

Citing the market uncertainty, the Basel Committee on Banking Supervision and the International Organization of Securities Commissions have recommended that regulators delay the fifth and sixth phases of the Global Initial Margin (IM) rules for un-cleared derivatives transactions to September 2021 and 2022, respectively. The fifth phase requires firms with more than $50 billion in uncleared derivatives to start posting initial margin and the sixth phase lowers the threshold to $8 billion in uncleared derivatives. All told, at least 1,000 entities and over 9,000 trading relationships will be captured by the final two waves of the IM rules, according to the International Swaps and Derivatives Association (ISDA). This is the second time the final phase of the IM rules has been delayed and, given the strain that COVID-19 has put on the market, policymakers may reassess the final two phases. It’s possible that regulators may reconsider whether it is worth having smaller, less systemic firms, post collateral for uncleared derivatives. This could mean a reassessment of the sixth phase and possibly raising the threshold for the fifth phase. The industry would likely welcome such a move, as it has long argued the lowest thresholds should be raised to $100 billion.

Shaping the Next Decade

Much the same way that the Global Financial Crisis shaped the FinReg agenda for the last decade, the COVID-19 outbreak may do the same for the next decade. While it might not lead to root and branch regulatory reform, there still could be a new crop of targeted regulatory proposals for the industry to contend with. As things start to normalize, firms should pay close attention to the regulators as they switch back to working on new rules.

Access all of the articles in the Autumn 2020 Newsletter 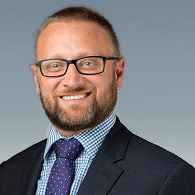