Brexit - Wake Up Before You Go Go!

Brexit - Wake Up Before You Go Go!

With the end of the Transition Period looming, funds, fund management companies and asset managers should take a final look at the implications of the UK's exit from the EU on their marketing activities.

Notwithstanding the fact that the UK departed the EU on the 31 January 2020, the majority of EU rules and legislation continue to apply in the UK until 31 December 2020 (the "Transition Period"). The maintenance of the status quo over the past nine months provided stability during the unexpected turmoil associated with the COVID-19 pandemic. However, the rejection of the option to extend the Transition Period, followed by the recent publication of the UK Internal Markets Bill by the UK Government has awoken the financial services sector on both sides of the Irish sea from its Brexit slumber.

The cross-border marketing of investment funds both into and out of the UK will be significantly impacted by Brexit. Set out below are some frequently asked questions with practical responses to assist managers with a re-assessment of their Brexit distribution strategies for UCITS and Alternative Investment Funds ("AIFs") before the impact of Brexit takes effect.

1. Can I still register an existing Irish UCITS or AIF for marketing in the UK, prior to the end of the Transition Period?

Yes, Irish UCITS and AIFs are still eligible to be marketed into the UK under the harmonised passporting process via the UCITS framework and AIFM Directive respectively.

The TPR, which will re-open on the 30 September 2020 for a further and final limited period of three months, will allow the following EEA funds registered on the TPR to continue to be marketed into the UK after the end of the Transition Period for up to three years:

The marketing passport and subsequent TPR registration must be completed prior to the expiration of the Transition Period.

2. Can I register new sub-funds of a registered Irish UCITS or AIF umbrella established after the Transition Period on the TPR?

If a new sub-fund of an Irish UCITS umbrella is established after the Transition Period, but forms part of an umbrella that was registered under the TPR, the Financial Conduct Authority ("FCA") will permit the new sub-fund to be added into the TPR so that they can market to UK retail investors; however clarification is still awaited on the details of this registration process.

However, the FCA has advised that new AIF sub-funds established after the end of the Transition Period cannot access the TPR, even if the umbrella already had other AIF sub-funds registered under the TPR. Such AIFs can, however, be marketed using the national private placement regime ("NPPR") in order to gain access to professional investors in the UK (or via the section 272 registration process if marketing to retail) without using the AIFMD passporting process. To be eligible to avail of the NPPR, the AIF must comply with applicable disclosure requirements, produce audited accounts, produce Annex IV reporting and register with the FCA, which is a relatively straightforward process taking one (1) to two (2) weeks to complete. Certain AIFs not registered under the TPR, in a no deal Brexit may also be able sell under the FCA’s temporary transitional powers.

New sub-funds of an Irish UCITS umbrella established prior to the end of Transition Period but not marketed under the UCITS Passporting process before that date will not be able to avail of the TPR access to be marketed into the UK to retail investors. Such UCITS sub-funds may be marketed under the NPPR to institutional investors, but will be restricted from targeting retail investors unless it has registered under one of the alternative registration options, namely the section 272 registration or via the overseas fund regime referenced below.

4. I have an existing Irish UCITS or AIF already approved for marketing in the UK under the applicable passporting regime – can its units continue to be marketed into the UK after the Transition Period?

Yes, Irish UCITS or AIFs that have already been registered under the UCITS or AIFMD marketing passport process before the end of the Transition Period to market into the UK can continue to be sold into the UK for a period of up to three years provided that they are eligible and have completed a TPR notification before the end of the Transition Period. The fund or fund manager will receive a three (3) month ‘landing slot’ requiring the submission of an application for recognition via the FCA’s Connect website. Further clarification is still awaited from the FCA on the proposed application process for recognition. Funds which are not registered on the TPR must cease marketing in the UK at 11pm (Irish time) on the 31 December.

Provided you are already registered under the TPR, you do not need to take any further action at present unless you wish to update your existing TRP notification or add existing UCITS sub-funds to your existing application. In the event that you no longer wish to market an Irish UCITS or AIF with temporary permission status, a notification must be submitted to the FCA.

5. Can a new Irish-domiciled UCITS umbrella established after the Transition Period (and not registered on the TPR) be marketed into the UK?

At present, Irish UCITS that are not eligible to register under the TPR will be able to gain access to the UK retail market after the Transition Period, under section 272 of the Financial Services and Markets Act 2000 ("FSMA"). However, it should be noted that the section 272 route has not to date been actively used and as it involves a detailed registration process, combined with the potential vast number of EU funds that may seek to apply, needs to be updated.

In March 2020, HM Treasury ("HMRC") published a consultation paper on a new Overseas Funds Regime ("OFR"), which closed in May 2020, detailing a more streamlined registration regime for overseas funds wherever they are domiciled, not just those domiciled in the EU. The new regime as proposed would allow the HMRC to grant equivalence to a country in respect of either retail investment funds domiciled there, or money market funds domiciled there. Before doing so, the HMRC would have to be satisfied that the other country's financial services regulatory regime delivers equivalent regulatory outcomes and that there are, or will be, adequate supervisory cooperation arrangements in place between the FCA and the home state regulator in the other country.

The equivalence test will be slightly different for each type of fund. The other country's regulatory regime for retail funds must achieve at least equivalent investor protection to comparable UK authorised funds. The HRMC would also be permitted to impose additional requirements to retail funds from equivalent countries, something that is not possible under the current regime, which may include an investor compensation requirement that does not currently apply to Irish UCITS funds. It is anticipated that Irish funds recognised under the OFR will be required to comply with disclosure, investor facilities, regulatory reporting, and regulatory fee requirements in the UK.

Once finalised, it is expected that the OFR will be introduced by way of a new Financial Services Bill in the UK prior to the end of the Transition Period.

The existing section 272 procedure would be retained for individual retail investment funds that are not eligible to be recognised through the OFR because they are not covered by an equivalence determination. However, the UK government is proposing some minor amendments to make the process "more efficient" for both the industry and the FCA.

6. Can a UK-domiciled UCITS or AIF be marketed into the EEA via a marketing passport after the Transition Period?

No, following the end of the Transition Period, a UK-domiciled UCITS or AIF will not be permitted to be marketed into the EEA via the applicable EEA passporting process. The fund or fund manager must seek to re-domicile into an EEA Member State or more likely, seek to rely upon local NPPRs, if available in the target countries.

NPPRs are a frequently used method of gaining access to individual EEA Member States; however, the implementation of NPPR rules differs per EEA Member State requiring significant analysis of the requirements associated with an NPPR registration and maintenance of on-going compliance, ultimately resulting in increased costs. A number of EEA Member States prohibit or apply significant obligations rendering it complicated or costly to avail of the Article 42 AIFMD NPPR regime and this is not anticipated to change in light of Brexit.

In the absence of NPPR registration and passports, it may be possible for a UK domiciled UCITS or AIF to be sold on a passive marketing exemption or ‘reverse solicitation’ basis into an EEA Member State; however this would again require a country-by-country analysis of the requirements in each EEA Member State and generally requires the investor to initiate contact.

Given the passage of time since many fund managers initially prepared their Brexit contingency plans and while Irish funds can continue to sell into the UK markets, it is important to establish or re-assess who you are selling to and ensure that you are registered for sale under the correct regime in the UK so that you are best placed to continue to market post Brexit.

Access all of the articles in the Autumn 2020 Newsletter 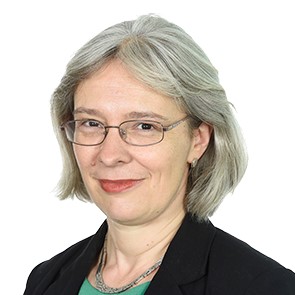 Elizabeth Budd is a partner in the Asset Management and Investment Funds team at Pinsent Masons. She has extensive expertise advising asset managers, fund managers, depositaries and insurance companies on the constantly shifting landscape in the UK and EU. 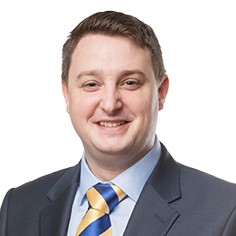