It has been a busy period in Hong Kong in respect of regulatory developments. Both the QFII and RQFII schemes have undergone changes, mandatory clearing has been introduced and the Securities and Futures Commissions (“SFC”) has been active on issues such as liquidity and cyber-security.

Both the QFII and RQFII regimes underwent further changes in 2016 designed to render them more attractive to foreign investors.

The principal amendments are as follows:

The Hong Kong Monetary Authority and the SFC jointly issued consultation conclusions on the proposals to introduce mandatory clearing and the Phase 2 of the expanded mandatory reporting obligations under the new OTC derivatives regime on 6 February 2016 and 15 July 2016.

The principal requirements for mandatory clearing (as of 1 September 2016) are as follows:

The requirements for mandatory reporting are to be implemented in summer 2017.

The SFC issued a Circular on 4 July 2016, based on IOSCO standards, providing guidance to managers on what the SFC expects in order to ensure effective liquidity risk management of retail funds.

The circular focuses on:

The Securities and Futures (Amendment) Ordinancewas gazetted on Friday 10 June 2016 introducing the legal, regulatory, and tax framework for an OFC regime in Hong Kong. Structurally, OFCs will bear substantial resemblance to the ICVC or ICAV regimes in the UK and Ireland, and may be publicly or privately offered. Local tax requirements will, of course, differ to those applicable to similar structures in the UK or Ireland.

Under the new regime, the SFC will become the primary regulator responsible for registration and regulation of OFCs. Day-to-day management and investment functions of OFCs must be delegated to investment managers licensed by or registered with the SFC to carry out Type 9 (asset management) regulated activity.

On 13 October 2016 the SFC announced the commencement of a new cyber-security review to raise awareness of cyber-threats. The review comprises a questionnaire, on-site inspections and a benchmarking exercise against the requirements of regulators in other major financial services hubs. In this, the SFC is very much in line with other influential regulators, such as the FCA, who specifically referred to cyber-security in its 2016/2017 Business Plan and has subsequently focused on the issue in speeches, guidance papers and consultations over the course of this year, whilst the CBI published a Thematic Review last year and published a guidance note on 13 September 2016 on the subject. 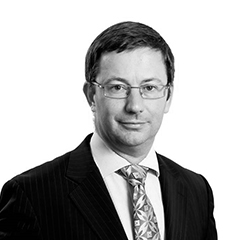 Paul Moloney is Of Counsel in the investment funds and asset management team at Eversheds.