While funds and their service providers may still be catching their breath after a particularly busy year dealing with a whole host of regulatory developments ranging from PRIIPs, the Benchmarks Regulation and MiFID II to GDPR and CP86, other regulatory initiatives, as outlined below, are likely to keep industry busy over the next 12-18 months.

It is expected that investment firms and market operators which have been designated by the Central Bank as high, medium high or medium low impact firms will be required to comply with new corporate governance requirements with effect from 1 July 2019. Such requirements will address, amongst other matters, board composition and a requirement to establish an audit committee and a risk committee.

The 4 th AML Directive is due to be transposed into Irish law by year-end, with the legislation expected to address certain of the shortcomings identified by FATF in their AML inspection of Ireland last year. Statutory Instruments addressing aspects of beneficial ownership are also expected shortly.

At a European level, industry awaits confirmation as to whether the Commission review on PRIIPs, which is due to be conducted before year-end, will be postponed in light of the original year-long delay in implementing the PRIIPs Regulation. This will be of particular relevance to UCITS managers given that the review must determine whether the Commission will extend the current exemption for UCITS to produce a KID (which is due to expire in December 2019), deem UCITS KIID equivalent to PRIIP KIID or require UCITS to produce a KID instead of a UCITS KIID. EFAMA has called on the Commission to postpone the date by which the review must be conducted to 31 December 2020 and has also called for the exemption for UCITS from producing a PRIIP KIID to be extended until December 2021.

Separately, we can also expect some more certainty around the date on which management companies will need to begin to report SFT trades to a trade repository as the Commission is expected to finalise technical standards addressing the reporting obligations before year end, with reporting obligations applicable to management companies unlikely to apply until June 2020 at the earliest.

It is also expected that agreement will be reached on the new cross-border distribution framework for both UCITS and AIFs in the course of 2019, with a 24 month transitional period to apply to the omnibus directive once agreed.

1 This will include internally managed UCITS funds

Access all of the articles in the Autumn 2018 Newsletter: Fund Focus. 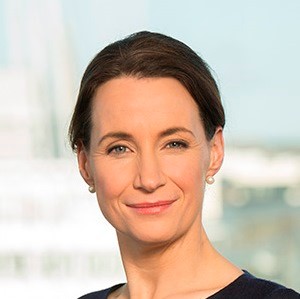