A benchmark is defined as “a standard or point of reference against which things may be compared”. Such things can be salaries, consumer goods, mortgages or the financial performance of an industry or sector. For example, the return made by an investment fund focusing on UK equities might be measured against the FTSE 100. The return of a fund is generally based on the fair value of its investment portfolio. The inputs to fair values can include benchmarks to price in performance measures such as risk free rates.

The introduction of EU regulation on benchmarks

Recent controversies involving the manipulation of benchmarks such as LIBOR and EURIBOR, as well as allegations that other benchmarks could have been manipulated, demonstrate that benchmarks can be subject to conflicts of interest. In Europe, the European Commission has introduced a new regulatory regime governing the provision of, contribution to and use of benchmarks within the EU.

The European Union (“EU”) regulation on indices used as benchmarks in financial instruments and financial contracts or to measure the performance of investment funds (the “Benchmark Regulation” or “BMR”) has applied since 2016 and became effective on 1 January 2018. Whilst effective since January of 2018, the BMR is subject to transitional arrangements.

This article explores the impact of the new regulation on providers, contributors and users of benchmarks within the EU. Whilst the BMR is not aimed specifically at investment funds, certain investments fund entities are impacted including:

The purpose and objective of the Benchmark Regulation

The purpose of the BMR is to have a harmonised EU framework to improve the governance and controls over the benchmark process, primarily to avoid conflicts of interest by administrators and to improve the quality of input data and methodologies used in developing benchmarks. The BMR also seeks to protect consumers and investors through greater transparency and adequate rights of redress.

The scope of BMR is purposefully designed to be broad so as to create a preventative regulatory framework for benchmarks across the EU. It imposes regulatory requirements on providers (“administrators”), certain contributors (“supervised contributors”) and users (“supervised entities”) including UCITS, UCITS management companies, and AIFMs. Most of the regulatory requirements are imposed on benchmark administrators, the extent of which is dependent on the significance or economic importance of the benchmark (although the obligations on supervised contributors could be problematic considering this is largely a voluntary activity).

What is considered a benchmark under BMR?

The BMR defines a benchmark as any index that:

The quantitative thresholds are >€500bn, >€50bn and less than these amounts respectively.

The qualitative considerations include the importance or the number of unique alternative benchmarks. The European Commission has declared the biggest interbank interest rate benchmarks EONIA, Euribor and LIBOR as being critical benchmarks.

An administrator is a body that has control over the provision of a benchmark, and in particular, administers the arrangements for determining the benchmark. The BMR introduces a new authorisation and supervision regime for benchmark administrators. ESMA will establish and maintain a public register of authorised and registered administrators.

Administrators are subject to a significant number of governance and control arrangements. These arrangements are primarily designed to avoid or manage conflicts of interest and to ensure the accuracy and integrity of data.

Similar to administrators but to a lesser extent, supervised contributors must put in place governance and control measures that are designed to avoid conflicts of interest and the manipulation of data.

Supervised entities or users of a benchmark

A supervised entity will be considered a user of a benchmark if it uses a benchmark to measure its performance for the purpose of:

There is a ban on supervised entities using benchmarks that are not included in ESMA’s register. Therefore it is necessary for relevant funds to assess the impact of this.

The other obligation imposed on investment funds, include:

The written contingency plan must be reflected in contractual arrangements with clients and is not subject to the transitional arrangements. Therefore, this aspect of the BMR became effective on 1 January 2018.

The applicable transitional arrangements will depend on whether the benchmark administrator is located inside or outside the EU and the date on which it first began providing benchmarks within the EU. For example, administrators providing benchmarks in the EU on 30 June 2016 will have until 1 January 2020 to apply for authorisation or registration under the BMR and during this period, funds may continue to use benchmarks provided by such index providers later than 1 January 2019.

Access all of the articles in the Autumn 2018 Newsletter: Fund Focus. 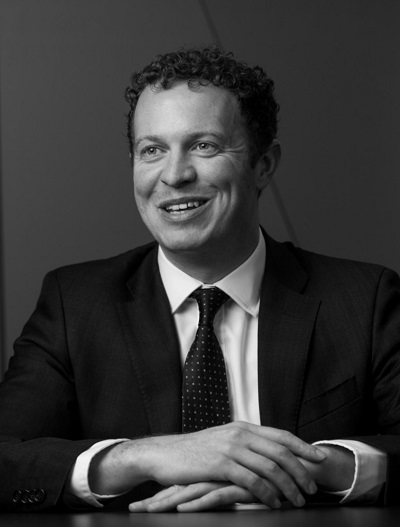 Dean Phillips is an Associate Partner with EY Financial Services and has over 14 years’ experience providing assurance and advisory services in EY's wealth & asset management sector.